Inspired by learning about black nationalism and the Black Panthers – Mississauga artist Shabazz chose his name because of his Islamic roots. “I wanted to do something to tie it in, and I wanted a name that represents something,” he explains. “The name (Shabazz) holds that movement in it. I believe in black empowerment, for us to see ourselves better than we are.”

Shabazz grew up in Mississauga – a city just outside of the Brampton, Ontario border. “Being in Mississauga is so calm. Nothing is really going on there, so you just have a lot of time. You don’t experience the most. The days are kind of repetitive. You have time to yourself to think and be in your head. It affects my music and my patience. That’s why I’m more of a thinker,” he comments.

Crediting his parents who immigrated to Canada from Sudan, Shabazz was heavily influenced during his early years by the Sudanese music around him. The MC also grew up listening to selections from his older sisters. “It was a lot of R&B. That wave got me into music. Then I started listening to rap in elementary school. Early on it was G Unit, that gangster wave. Then it moved onto Nas and the lyrical side later-on,” he points out.

Shabazz, himself, turned into a lyricist in grade 8 when he started writing spoken word. “I did a lot of poetry slams (poetry competitions) in high school. My drama teacher pushed me into it because I liked to write a lot of poems,” he explains. It’s this same skill with words that surfaces on his debut album, Alma Sola, a project that introduced him to the world alongside friend and peer K. Forest.

K. Forest is known for his Forest Fire mixtape series and his Travis Scott collaboration on “Guidance,” the hit single from Scott’s Birds In The Trap Sing McKnight LP. Shabazz says that he’s known K. Forest since fifth grade. “One day he hit me up because I was doing talent shows, and he just said, ‘Lets work.’ We started writing, recording and (working) on cover beats.” When asked what their current goals are, Shabazz affirms, “I do my thing with music, he does his. That’s my brother at the end of the day, so it’s a team. I’m here to see him go all the way up and break that door.” 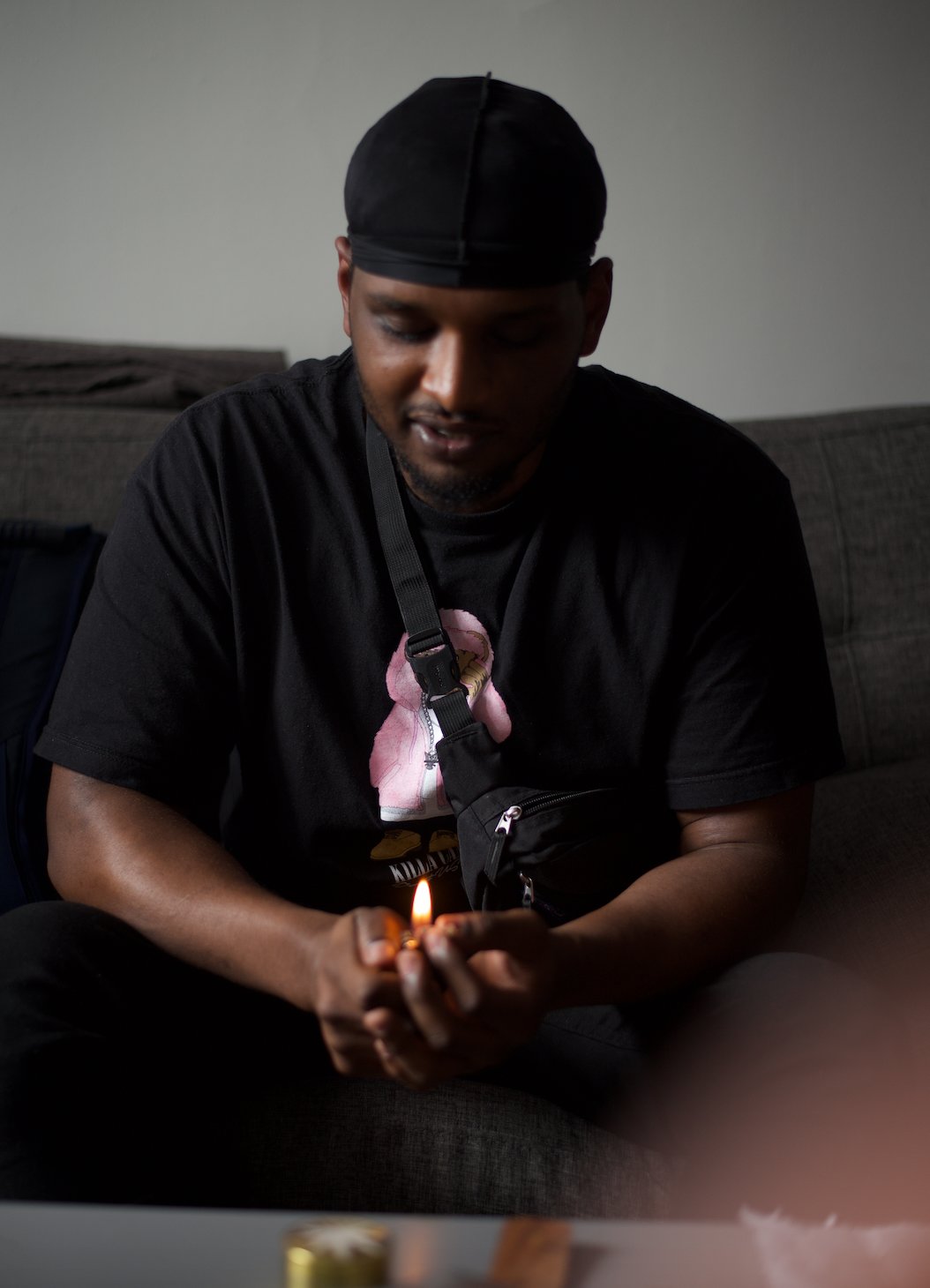 On his creative process, Shabazz jokes while answering, “I do no (pre-studio) ritual per say, but I mean, I’m smoking.” The actual process he describes seems just as laid back. “I just play a beat. If I’m with DF he might be on the keys, make a beat, and put that on the loop. I pace back and forth, mumble some flows, drop some references, and put it together. It’s just organic – I let shit flow. I don’t really have a structure,” he explains.

“I like to bring a 90s flavor in rap, things that have a balance,” is how the Mississauga artist describes his sound. Shabazz understands that the market is oversaturated – that you need to put in the extra effort to push your craft and set yourself apart. This proves to be no obstacle for him as he says, “I have my own ‘something’ distinct, it’s different.” He even appreciates the struggles of being an up-and-coming artist in the general Toronto area, conceding, “The competition is heavy over here. I mean that’s a good thing, it makes you better.”

While Alma Sola put him on watch across the GTA, he’s now ready to further define himself as an individual artist. “I got time, but I think I know what I want to be and how I want to approach it,” he concludes. With no official date for his next release, Shabazz says, “I want to release things soon. I’m getting really antsy, so it’s got to be close.”

This site uses Akismet to reduce spam. Learn how your comment data is processed.