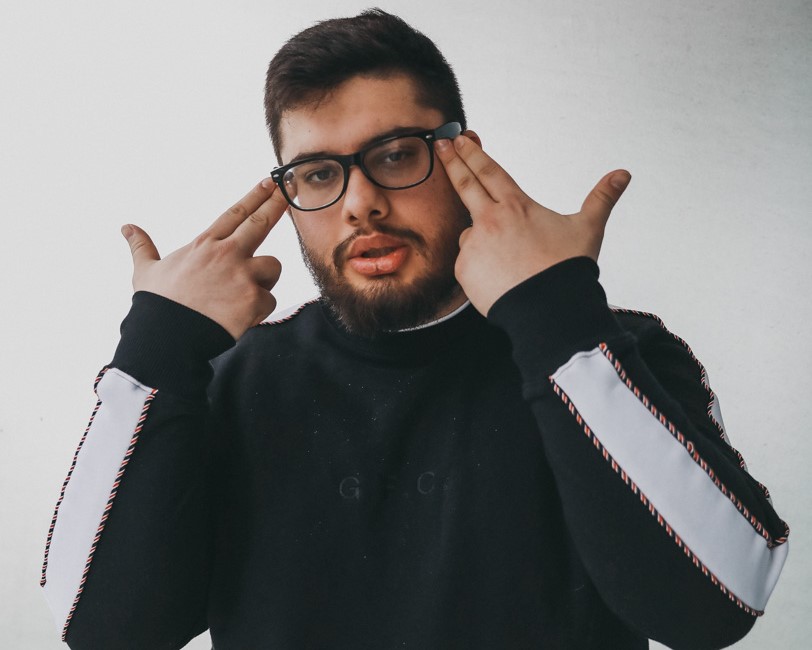 Dec. 15, 2018 By Kira Hunston
Era of the ProducerInterviewsSeries

“I got into music because I wanted to be cool,” Bijan Amir laughs as we sit down to begin our interview. We meet to talk about the producer’s recent accomplishments – including his internationally-recognized co-production credit for Offset’s multi-platinum single “Ric Flair Drip” with Metro Boomin. His laughter lights up the room as he continues to describe his early aspirations in music. “I swear to god, that’s the only reason,” he says, “It was like grade 6 or 7, around there. I wanted to make music like Lil Wayne. I googled the words, ‘Beat-Making-Software.’ FL Studio was the first thing that came up.”

It’s a humble entry for a producer who has credibly become one of the most recognized, and quickly rising, young producers in the Canadian music industry. “It’s all self-taught,” he says, “I never watched any Youtube tutorials or anything, but I had some help along the way. But, never any tutorials, and no classical training.”

The path for every producer is different, but Bijan explains that he only seriously started pursuing a career in music 3 years ago:

“I was at the Battle of the Beat Makers. I was like, I could make something out of this if I go hard and if I get a blessing. Because unfortunately some people are really great at music and they don’t have that blessing until they meet the right person. Before that, I was just making music because I liked to. It’s been a culmination of all the hard work I’ve put in, and mostly the relationships I’ve built. I’m grateful to have the relationships I have. It’s been a slow burn.”

On the challenges that up and coming Toronto producers face, he offers realistic insight into the changing dynamics of the city. “Toronto producers have been held down for some time just because of the limitations of the city,” he confirms. “But after these huge artists broke out, we’re good now because we’ve been practicing. We’re ready for it. It took us ten times as much work to get out of Toronto than someone from Atlanta and LA maybe ten years ago because they’ve always been the music hotspots. Now we’re on that global level, and we’re respected the same.”

Bijan maintains that his work with bourgeoning Toronto artists is some of his most valuable – specifically with Sean Leon. He affirms, “Working with Sean is really great because I can really express myself. People still view him as underground. I don’t think he’s underground. I think he’s really one of the illest artists out right now. He’s defined a lot for me too. I give a lot of my thanks to Sean because he’s really pushed me to be a better artist. I work with VNCHY a lot too. But when it comes to a major label, PARTY was my first one.”

The credit he references is “Love Me Again” from PARTYNEXTDOOR’s 2017 EP, Seven Days. He remains candid about the process of placing that record with the chart-topping R&B artist:

“It was in the summer, like July. It got to the point where I was like, man, producing’s never going to work out. I’m done. I had been going hard for five years, and nothing was happening. Two days later I wake up and I’m checking through my phone notifications and it just says that PARTYNEXTDOOR followed me back on Twitter – completely out of nowhere. I’d never spoken to him, and never talked to him ever. So I DM’d him, and said ‘I appreciate you, but why did you follow me.’”

He laughs as he reflects on sending the artist a pack of beats, and processing his own self-doubt. “I sent him the ‘Love Me Again’ beat and I didn’t hear anything. Two and a half weeks had gone by and he gets back. He’s like, ‘Send the stems for this one. This is the one.’”

The confirmation of the track being placed by PARTY was equally unsuspecting. “Artists love teasing their music on IG,” he adds, “I was going through IG and I saw he posted a video. I click on it and this was the first beat he liked. He had the craziest snippet. A couple days before the project dropped he sent the contract, but it was for another beat. I was unsure – I was hoping that he hadn’t confused the records. I was really overthinking it. Being from Mississauga, I used to watch his videos in highschool driving around Square One. I’m like bro, I know what Sauga’ looks like in the night time, like I’m here.”

In addition to his work with PARTYNEXTDOOR, Bijan’s most credited work has come from co-producing “Ric Flair Drip” with friend and co-producer Metro Boomin. The duo make a seemingly lethal yet unassuming pair, and Bijan explains how he first built a relationship with the mega-producer:

“I built a personal relationship with him first, he’s honestly the nicest guy in the world. He was like, ‘Send me melodies.’ I don’t really make melodies. Making a melody takes time. For three years, I barely sent him anything. I sat down for a few hours and made four melodies and that was the last one that I made (Ric Flair Drip). It was three instruments – the piano, the synth, and the bass. I sent it to him and he hit me a week later. He only texts me if there’s something cool happening. I was in a movie theatre, and I just see that Metro Boomin texted me. It was a picture of his project file and all it said was ‘Boominati_37_Bijan.’ I was like, ‘Holy fuck.’ He sent fire emojis. That was back in July or August. I’m thinking to myself this guy probably makes ten beats a day, but what are the odds.”

Like many major rollouts in the music industry, Bijan didn’t know that the single was dropping until the week of the release. “October rolls around, and it was literally one week before,” he confirms. “Metro was like, ‘We got one on this Halloween project – me, Offset, and 21.’ I just could not believe it. He was still working on it. The day before it dropped Sony music sent me a heavily water-marked version of it, really low quality. Then it came out and it’s been climbing the Billboard charts since, literally unbelievable.”

The track has since been RIAA certified 3x platinum, making Bijan a multi-platinum producer on one of his first major placements. His gratitude is obvious throughout our entire conversation, and he’s beaming as he says, “The song will come on and I’m like, oh yeah, I made this. I still to this day cannot believe my tag is on the record, and it’s not because I put my tag on the record. Metro literally texted me and was like, ‘Do you have a tag? Send it, I’m going to put it on the record.’ Half the time artists take the tag off. He’s a top-notch person. He didn’t have to do that. I’m a nobody but he did it anyways. That alone is unbelievable.”

With Bijan’s career only just beginning, there’s so much on the horizon for the producer to look forward to. “It became such a monumental moment. I’ve been provided a lot of new opportunities. It got me a publishing deal with Ultra – they work closely with Sony. My life changed with this record. I’m about to be a producer full time. I have to thank Metro Boomin for giving me that opportunity and Offset for smashing that record,” he concludes.

The producer finished off 2018 exceptionally strong – working with artists such as: London On Da Track, Tommy Genesis, Plaza, Killy, Anders and more. He shows no signs of slowing down in 2019.

For aspiring producers looking to get their own break into the industry, he hopes to reassure them, “Everything happens with time. Just stay focused and it will happen. I’ve seen it. Don’t give up and things will come to you.”