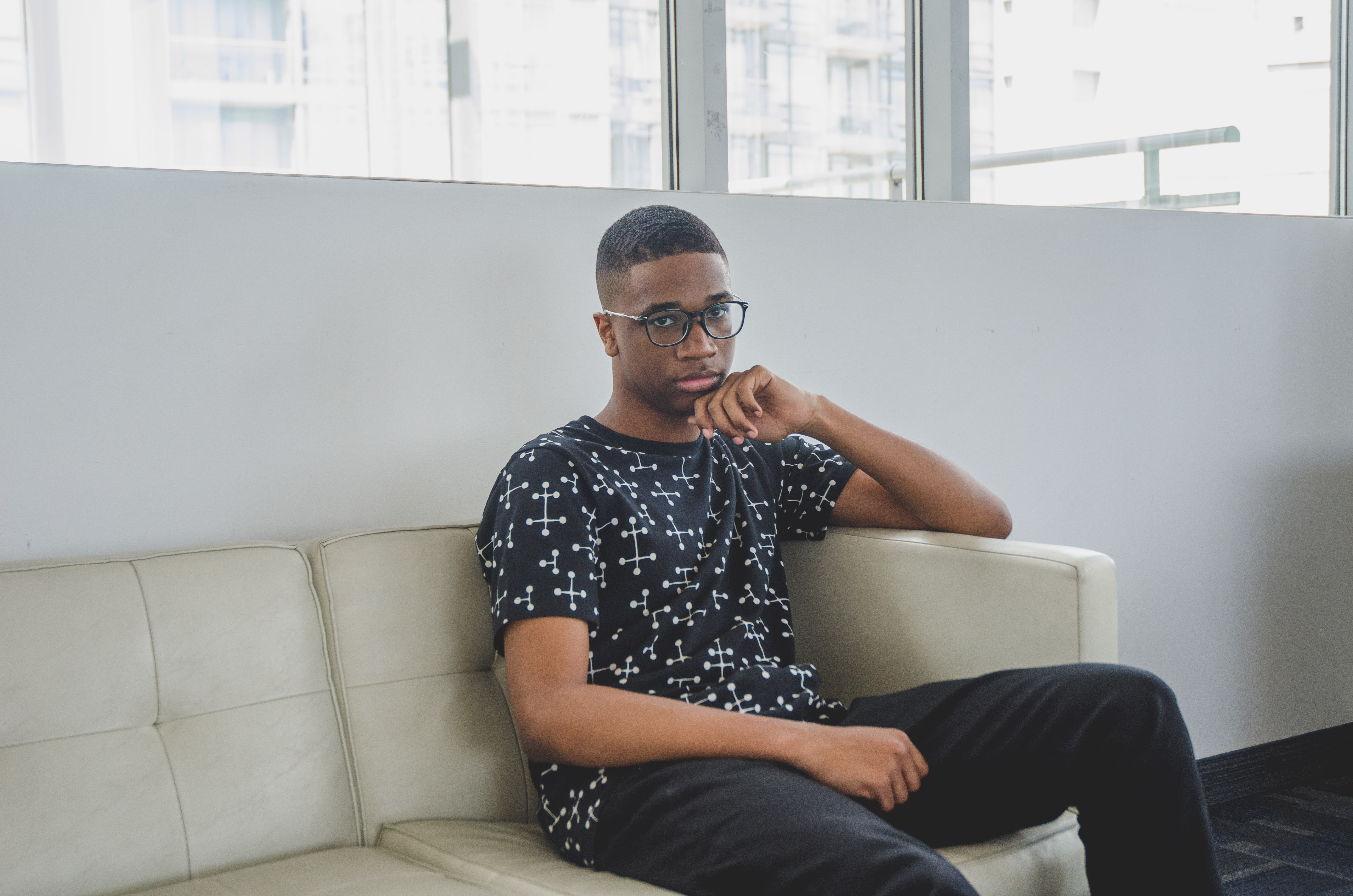 Jul. 10, 2019 By Jermaine Johnson
Era of the ProducerInterviewsSeries

At only 17 years old, Canadian producer Jenius Level just finished his last year of high school and has already created music for artists like Tory Lanez, Killy, Johnny Yukon, and JUGGER. Even though Jenius attended high school while kicking his music production into overdrive, he explains that he still managed to find the right balance. ”I’ve basically been making music for 9 years now, so being in school those 9 years helped me balance the 2.” The young producer feels like he doesn’t have a specific sound. “I’m very diverse with what I make. I can play you 10 beats that sound completely different; you would think it’s 10 different producers. My sound is versatile.”

Originally born in Brampton, his time living in the city was short-lived. By the age of 5, Jenius had moved to a more suburban part of town where he admits he stood out like a sore thumb. “Whitby over the years has definitely changed a lot, but when I just came out here it was very predominantly white. I was the only black kid in my class up until grade 5, grade 6. It was kind of different.” By the time that Jenius entered high school, there were already many different cultures around him. “It’s definitely different. It’s a lot of hockey players and Canadians, but I stick to my roots. I wasn’t heavily influenced by what those people were doing,” he says.

Jenius’ dad has managed the young producer ever since he started taking music seriously. “I know he will never betray me. I can’t trust another manager to that (same) level of trusting my dad. At the end of the day, he is my dad.” Like father like son, Jenius explains that his dad also has a history of producing music. “He was a producer way back in the day. His beats were like boom-bap – like Nas, Mob Deep, that type of sound and beats.” Jenius continues, “That’s actually what I started off making at first because that’s what he showed me. I was making that for a solid year or two. I was just making those beats because that’s all I knew, and then I started to try different things.”

Playing such a large role in the development of his career, Jenius says his father is the sole reason he got into music. “If he didn’t show me, I don’t know if I would be doing music, I’ve always liked music, but I was never aware. I never made myself aware of what goes into the behind the scenes of the music, in terms of creating it,” he confirms.

Most are unaware that the young producer was only 14 years old when he secured his first major placement, teaming up with Canadian superstar Tory Lanez for “Outta Town – Millions.” On making the track, he describes, “It was super random. I didn’t expect anything like that to happen at that specific point and it just happened. I went to the session, played some beats, and they just recorded that song.”

Jenius has also collaborated with rising Toronto star Killy on multiple occasions – most recently co-producing “Destiny” from Killy’s 2019 album Light Path 8. The two originally became familiar with each other through mutual friends. After sending a direct message via social media to Killy, the two linked up in the studio and then started making music. Together they created “Never Let Up” from Killy’s debut album, Surrender Your Soul.

“He’s cool, he’s a creative.” Jenius says of Killy. “He always wants to do something different, he always wants to bring his stuff to the next level and it motivates me. Seeing him want to do the different stuff and be creative with his work always made me want to think outside the box, regardless of who I’m working with. He’s a cool guy, I rate him. We rate each other.”

But, working with artists wasn’t always easy for Jenius. He admits that he had to overcome his fair share of obstacles to progress this far. “I never really knew what the artist pocket was, the (beat) structure, and how it sounded. My beats were always too much for an artist. I’d be playing beats like, ‘These are so hard, why aren’t they taking them?’ Over the years I realized that if I keep it more simple, the artist will have more space to do what they have to do, and it just worked after that.”

Jenius says that he has never had any trouble collaborating with other producers, often working with Canadian super-producer WondaGurl and London Cyr. He says that the collaborative process between the 3 producers is, “seamless,” and adds, “We all have a common goal of wanting to be successful and seeing each other win so when we work together it’s the vibe.”

Even though the young producer has already had tremendous success, he still feels like he hasn’t done enough. “I definitely want to go diamond,” he says. “I want to be extremely financially secure, and I just want to make sure that everyone around me that I’m working with currently, is just as successful as I’m going to be – or more successful.”

As Jenius breaks into the music industry, he’s seen the ups and downs of the game. “It’s always something happening whether it be good or bad, but you’ve got to keep going. If you let up the gas, if you just stop doing what your doing even (for) a one day thing, it can catch up to you so quick. Getting more and more into it I just realize that you’ve got to keep working harder and harder.” He advises, “You have to work hard, it’s actually the truth. People hear it so much and they still don’t believe it. You actually have to work so hard for what you’re going to get.”

He concludes, “We’re all humans at the end of the day. No one’s better than the other, so you’ve got to realize who you are and what you’re going to be. You can’t be so against interacting with others, because interacting with others can be your one gateway opportunity or that one inspiration to get you somewhere that you might not even know.”