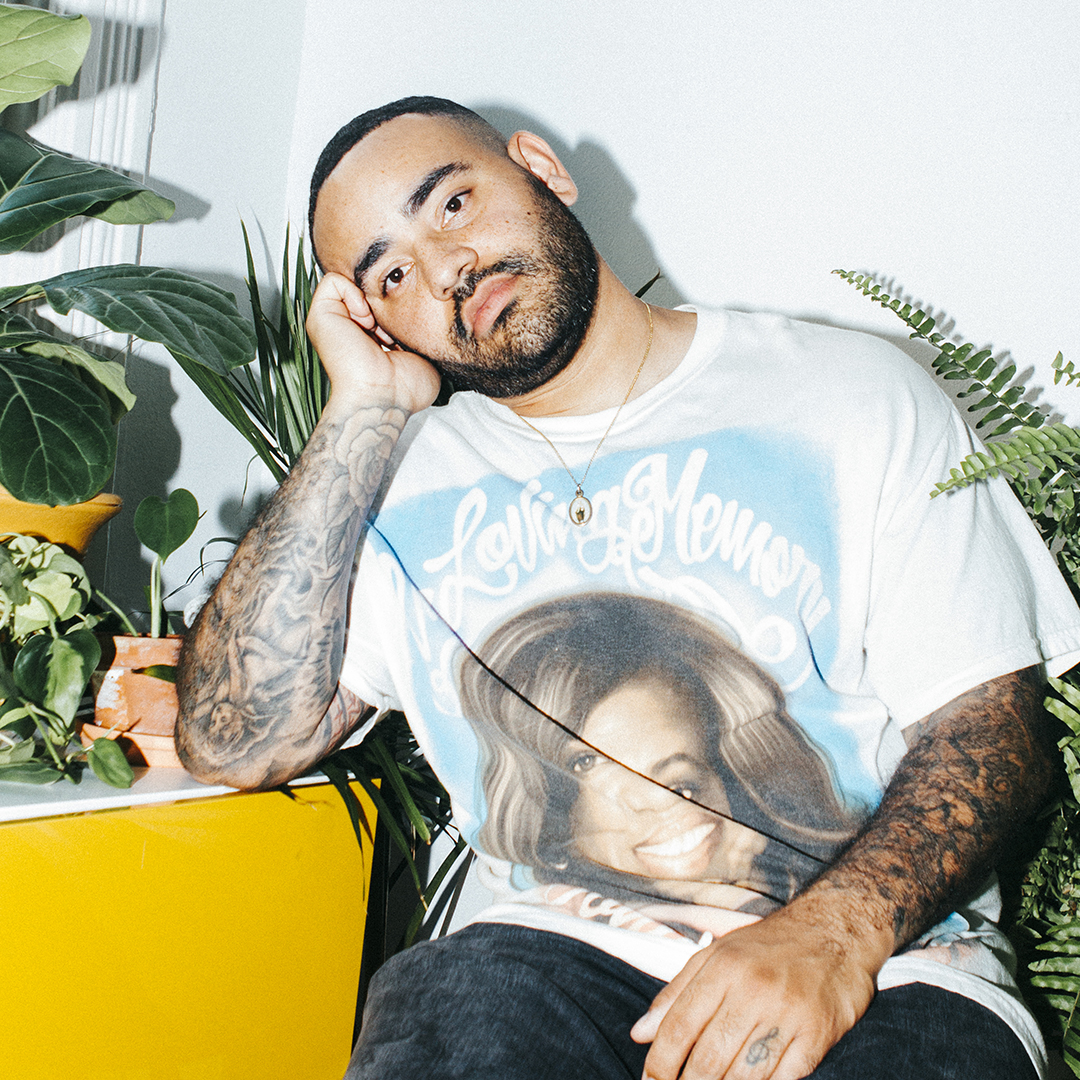 Toronto-based producer/recording engineer Jacob Wilkinson-Smith (My Best Friend Jacob) has worked with everyone from Kanye West to The Weeknd. Aside from collaborating with some of hip-hop’s elite, Jacob has contributed his creative works to notable brands such as Nike, Apple, Adidas, Air Jordan and Reebok. The “hip hop composer” is also the man behind the original score for Kylie Jenner’s “To Our Daughter Lullaby.” The tribute to Jenner and Travis Scott’s daughter, Stormi, currently sits at 86 million views on [Kylie’s] official YouTube channel.

And that’s just scratching the surface.

Jacob’s most recent score (no pun intended) has been brought to the big screen. In August 2019, Travis Scott released his Netflix documentary Travis Scott: Look Mom I Can Fly, an up-close and personal look behind the scenes of tour life, the making of Astroworld and being a father for the first time. Jacob scored, edited and did the sound design for the project, giving each piece of footage it’s own sonic identity.

We caught up with Jacob to learn more about his experience behind the film. Look Mom I Can Fly is available for streaming on Netflix.

Congratulations on Look Mom I Can Fly. Can you walk us through the process of composing for this film and how long it took?

Jacob: My involvement with the project started back in October of 2017. My best friend White Trash Tyler (director of the film) had been on tour with Travis filming his concerts and BTS footage. Travis and Tyler thought they had something bigger than just footage for social media. Tyler sent me a hard drive and we began the process of creating mock trailers, and sequences for a potential movie. I had multiple roles on the film from video editor to sound design and original score.

Sound played a big part in the film so a lot of what I did was create new music and sound design that worked in Travis Scott’s world. I composed the film in FL Studio which is definitely uncommon but worked for what we were doing. The director and myself wanted the film to feel and sound authentic to the culture and to Travis’ synth heavy catalogue.

As sequences were starting to come together inside the edit, I would be creating sound as we go. Working with the video and the audio together like that allowed us to create some really interesting scenes that were driven by the music.

How much of the footage were you present for and how did you use those experiences to write/edit the music?

Jacob: I wasn’t around for much of the filming. That was mainly the director. But I did watch and take time to listen to all that great footage. Taking time to hear what was going on played a big role in creating the score. Hearing what space I had to work in and how I could use the camera audio in my original works. There is a scene in the film where we hear Travis freestyle “Butterfly Effect” for the first time. That scene came together seamlessly because we were able to mesh the lofi VSH camera with the high-def score. Going in and out of both worlds, watching the footage, listening to the audio and then coming up with ideas really helped when it came to writing the score.

While watching Look Mom I Can Fly, I noticed that some scenes were sister to the footage of Kylie’s “To Our Daughter” video. Did you take from either for inspiration?

Jacob: Yes I tried to stay close to “To Our Daughter Lullaby” which was featured in Stormi’s birth video. I felt using similar sounds and textures was the best way to go for that moment.

What was your biggest challenge(s) you faced during the process of this film?

Jacob: The process of creating a film of this scale for the first time. A lot of what I was doing I had never done before, so in general I had to figure out things as I was going. It was definitely a steep learning curve but I’m a strong believer that if you don’t get discouraged and keep trying, you’ll be able to crack the code. With Youtube and Google you can always find an answer.

What was the overall experience you (and Travis) wanted the viewer to take from this film and do you feel you accomplished that in the final cut?

Jacob: I can’t speak for Travis but for myself I wanted the film’s score to feel intense. There are a lot of intense moments in the film. Travis’ music is intense and he brings out that intensity in his fans. I wanted to make sure the score hit like his music does; lots of synths, lots of bass, and loud. We wanted the audio to be as loud as possible. It was always about what his fans would want to hear. I never wanted to stray too far away from the music they’ve come to love from Travis. His catalogue really gave me the skeleton for what I ended up doing.

Favourite scene and/or piece of music from the film and why?

Jacob: Great question. I’d have to say the last piece in the film. I don’t want to spoil it for anyone who hasn’t seen the movie but it’s a really powerful scene. Lots of kids, especially kids of colour, need to hear that last final message of facing adversity; never letting anything stand in the way of your dreams. I think the music I created fit that feeling of never giving up.

Your niche in the industry is “hip hop composer.” When did you know that scoring for tv/film was something that you wanted to do verses producing an album for an artist?

Jacob: I never knew it was something I wanted to do, it kind of just happened. I’ve always been willing to try something new, as long as it was creative, I was down. I really love audio and saw these audio opportunities to work with some of my favourite artists in different ways. At the end of the day producing for these artists is my main goal but by doing all these other audio jobs, I’ve been able to open up some back doors into these circles. For anyone reading this, think of the skill set you have and how you can bring value to someone. There are so many interesting roles you could be playing for some of your favourite artists. Eventually when you earn their trust, you can switch the conversation and let them know you also make beats. It’s a different way to get into these over crowded rooms.

What’s your advice for anyone wanting to get into this business?

Jacob: The more self aware you are the easier this whole ride will be. Stay true to you! It takes a lot of hard work, a lot of closed doors, before one small thing will happen. Knowing what you want will help you get past those hard times. Too many producers say “I want a hit record,” without knowing the type of energy it takes to get that to happen. If you know the type of person you are, how you work and how much you’re willing to sacrifice for your goals, you’ll get to where you’re going faster. Every path is different. Make sure you follow your own and not anyone else’s!

What projects should we be anticipating from My Best Friend Jacob?

Jacob: Lots of records. I’ve been working with a lot of artists lately and you’ll be seeing my name pop up on your favourite rapper’s next project.